by Jack Donnelly 3 years ago1 year ago
435views

The recent death of two track workers in South Wales brought back into sharp focus the issue of safety on the railways. David Porter, chair of the Institution of Occupational Safety and Health (IOSH) Railway Group, takes a closer look

It was incredibly sad to hear about the deaths of Michael Lewis and Gareth Delbridge, two track workers who were struck by a train in South Wales on 3 July. One cannot begin to imagine the pain being experienced by those close to them.

Incidents such as this, and indeed any worker deaths on the railways in Britain, are relatively rare. In 2017-18, two workers were killed, compared with one in 2016-17 and none in 2015-16. Over the past 10 years, there have been an average of two deaths every 12 months. 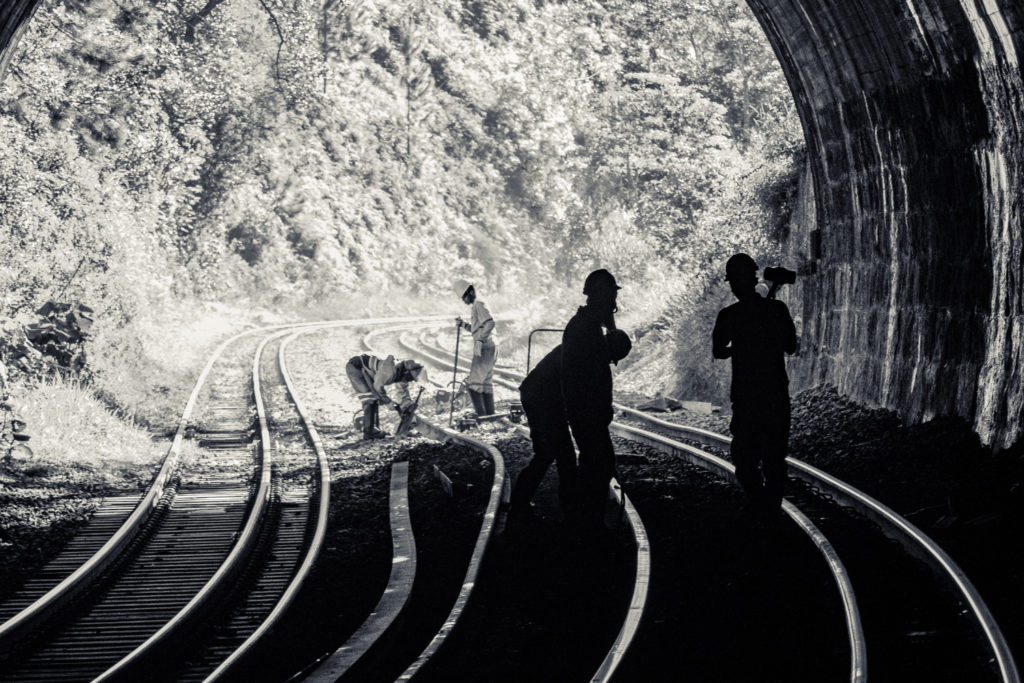 Compared with other industries, these figures are low, but they are below the ORR’s vision of zero industry-caused fatalities.

Therefore, we really need to once again focus on safety on our railways. Each death, and indeed each injury, is one too many. Each one is preventable with good health and safety management.

This last point alone just adds to the tragedy, especially when you consider the emotional heartache it causes for the family and friends of those who die.

Statistically, Britain has a good safety record, one which is the envy of other countries. Our rail network is also much safer than other forms of transport; for example, there are far more deaths and injuries on the roads.

Balanced against this, the report shows there are areas for improvement, such as a slowing-down in the overall rate of improvement, a high level of near-misses involving track workers, harm to passengers increasing – particularly at the platform-train interface – and a rise in the number of signals passed at danger (SPADs) given a potentially severe ranking. 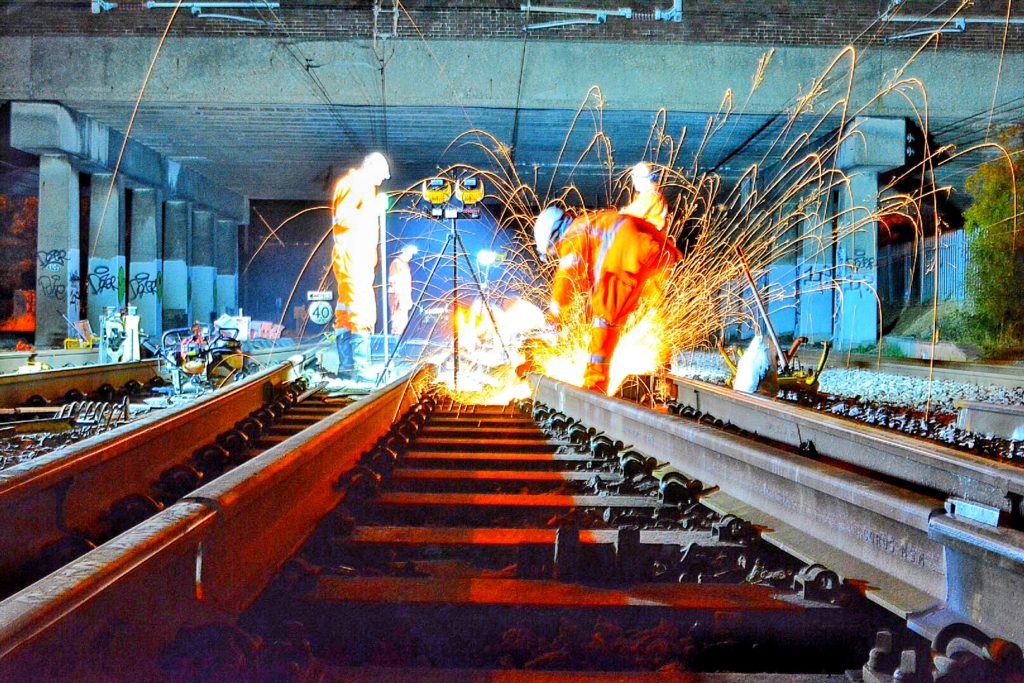 We have learned the lessons of past events. But lessons are never learned once; they are learned, relearned, and reapplied to the constant changing circumstances faced by an organisation. The nature of adequate control of risk is recognised as a product of constant adaptation. The need to retain corporate memory, competence, and motivation in a changing, ageing workforce is constant – as is the need to maintain the sense of importance, urgency, and reality of the risks.

While we are learning these lessons, we have to also ask ourselves whether improvements are being made fast enough. There have been some reports which have indicated this is not the case, which is of great concern. In its annual report for 2018-19, the ORR highlighted that, while Network Rail had identified initiatives to improve workforce safety, there was no reduction in the number of high-risk workforce safety incidents and near misses with staff and trains. The report said the next stage of improvement can only be made by:

We have learned the lessons of past events. But lessons are never learned once; they are learned, relearned, and reapplied

So what exactly is holding back progress? Here are a few thoughts.

Pressure on the system

There is political pressure to improve train performance and value for money. The Williams Rail Review is exploring the most appropriate organisational and commercial frameworks for the railways. One of the key learning points from the Clapham rail crash investigation was that “the concept of safety must be at the forefront of all thinking at all times.” Unfortunately, the original terms of reference for the Williams Review were silent on safety.

Unfortunately, the original terms of reference for the Williams Review were silent on safety

At an event in mid-July, Keith Williams provided an update where he highlighted that the railway system needs to be more flexible and more “nimble and responsive.” He also said that he will be putting passengers first, highlighting 10 ‘passenger needs’ which will be addressed. Among them, he said, were five things which represent the “core passenger offer.” 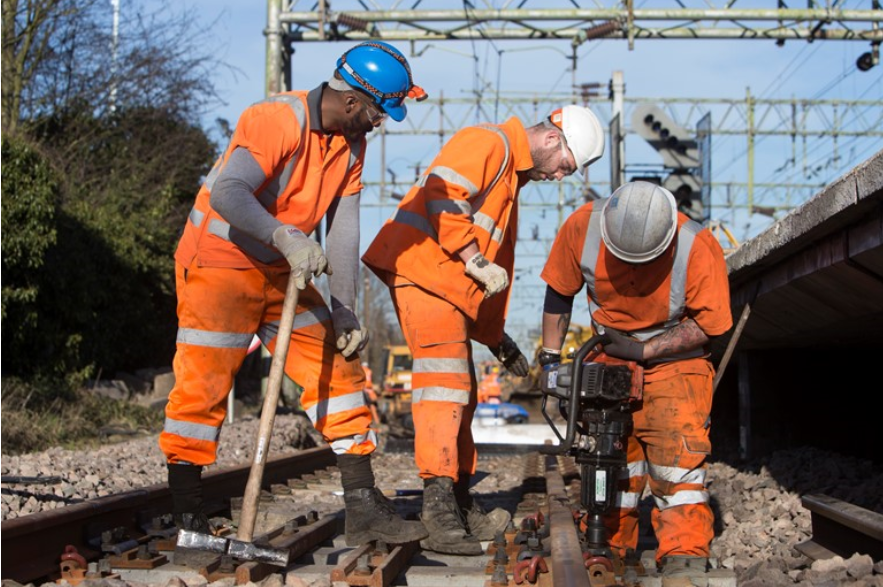 One of these areas was that of safety and security. I’d suggest this needs to come before everything: yes, people require reliability, value for money and accessibility, but none of these should come at the expense of safety.

In our submission to the Williams Review, we recommended that each potential option for change should include an assessment of how standards of health and safety will be maintained and improved in any new approach. As part of this, we suggested proposals should also aim to retain the positive system characteristics which need to be preserved in any new approach. We need to conserve the lessons that have been learned already.

Perhaps anticipating some of the outcomes of the Williams Review, Network Rail has embarked on the ‘Putting Passengers First’ change programme, which will result in significant regional devolution. This presents real opportunities to focus safety efforts on the ground, though it does create the challenge of effectively managing change so that it does not deflect management attention from health and safety.

In addition to this wide-ranging review and restructuring, there have been other pressures which may have affected safety management, according to the ORR’s 2018-19 health and safety report. These have included sustained attention focused on train performance.

In the lead-up to the tragic deaths of Mr Lewis and Mr Delbridge, there were already signs that systems for line working could be improved. Both the RAIB and the ORR were concerned about the unacceptably high numbers of track workers in near-miss collisions with trains.

Following the deaths, Network Rail launched a new cross-industry safety taskforce – backed by a £70m fund – to target track-worker safety, bringing together multiple strands of work from across the company aimed at improving safety for employees that work on the railway. This initiative will be headed by Martin Frobisher, the organisation’s group safety, technical and engineering director, who is determined to accelerate progress made so far. The ORR also issued two improvement notices focused in improving track worker safety.

No doubt the RAIB investigation report into the South Wales fatality will provide insights into the causes of the tragedy. The scope of the investigation appears broad, including consideration of “any relevant underlying management or organisational factors.”

No changes should be made without considering the impact it has on health and safety. This has to be the number-one priority

Learning from the past was actually the subject of our annual Rail Industry Conference in Manchester last November. Experts from across the industry gathered to explore safety incidents, what can be learned from them, and how these lessons can be used to manage current and future risks. This year, we will focus on the growth of the rail industry and examine how we can ensure health and safety remains a top priority.

Among the questions asked will be whether senior leaders are placing an appropriate emphasis on health and safety, and what the safety cultural characteristics on different parts of the railway are – and whether they align to achieve effective working.

We are undergoing a time of massive change, with a big focus on providing the best experience possible for passengers. However, no changes should be made without considering the impact it has on health and safety. This has to be the number-one priority.

Sadly, we can’t do anything to bring back Mr Lewis and Mr Delbridge. But we can strive to avoid a repeat tragedy.