by Luana Salles 4 years ago1 year ago
472views

Diesel exhaust emissions present a major risk to the future health of people working in the rail industry. Keith Morey, of the Institution of Occupational Safety and Health (IOSH), examines the issue and explores how it can be managed

When people think of health and safety, they very often tend to focus on safety – and rightly so. In the rail industry there are many safety risks that we need to consider, both for passengers and for employees.

But it is crucial we don’t do this to the exclusion of health risks. We must ensure that people’s health is not negatively impacted by what they or others do.

Of course, the results of failures in safety management are immediate and very often make sensational headline news if someone is seriously injured or killed on the railway. On the other hand, when health risks aren’t properly managed, the results often take years, or in some cases decades, to manifest themselves.

This perhaps goes some way to explaining why health may not receive as much attention as safety. However, as a worldwide employer and people mover, railways cannot be seen to be shouting safety but whispering health.

In the 21st century, we are waking up to the number of employees who are affected by ill health through work as we all live longer lives and have better medical technology.

One of the main emerging health risks is that posed by exposure to diesel exhaust emissions.

The risk of diesel

Diesel is widely used in our rail network. It powers the majority of trains across the UK’s main rail network, as well as on branch lines which link to it.

There has been a lot of talk about replacing these with electric-powered engines. But this could take years, as can be seen in the example of the electrification of the TransPennine Express railway, the Great Western Main Line, and the Midland Main Line. This is also impacted by the government’s decision to cancel or amend some of the proposed electrification schemes and instead opt for bi-mode trainsets.

Replacement of older diesel trains for newer equipment is also seen by many companies as a non-starter. This is due partly to changes in EU regulations for diesel emissions, which have caused the cost of new trains with modern emission-controlled engines to rise dramatically.
It appears, therefore, that diesel-powered engines will continue to be a mainstay of our railways over the coming years.

What, then, are the health implications of this for rail workers?

Railways cannot be seen to be shouting safety but whispering health

Well, more than 650 people a year die of lung or bladder cancer in Britain as a result of being exposed to diesel exhaust fumes at work, with around 800 new cases being registered annually.

Diesel engine exhaust fumes are a mixture of gases, vapours, liquid aerosols, and particles created by burning diesel fuels. Diesel fumes may contain over 10 times the amount of soot particles than in petrol exhaust fumes, and the mixture includes several carcinogenic substances, meaning they have the potential to cause cancer. 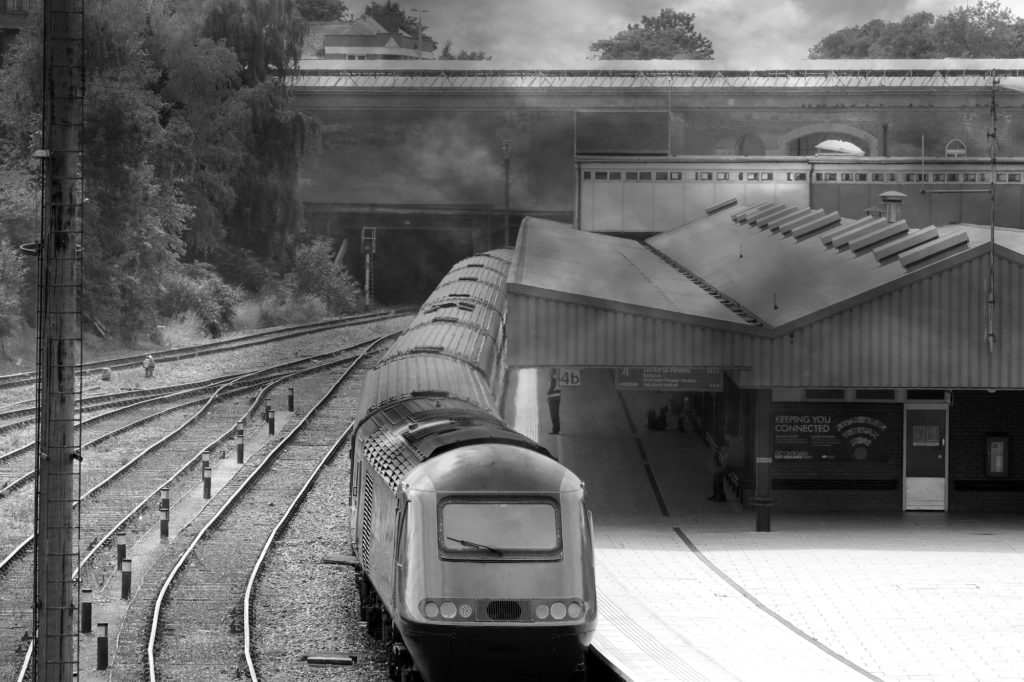 Rail is considered, like many other transport modes, to be one of the employment areas most at risk. Anyone working with or around diesel-powered equipment or vehicles can be affected. Emissions from diesel vehicles like forklifts, lorries, buses, trains, and tractors – particularly in enclosed spaces like garages or workshops – can cause a problem.

Traction maintenance depots and mainline stations are two obvious areas where workers, and also passengers in the latter’s case, are exposed to diesel fumes. Many depots, however, date back to the end of steam and are not equipped with modern exhaust ventilation or extraction equipment to deal with the fumes.

Many of our railway stations also date back to the Victorian era, some with large glass canopies that enclose the platforms. The vents from the Age of Steam covered over after the end of steam can also provide areas where fumes can gather. Terminus stations may have diesel trains standing for some time with their engines idling before they accelerate away. In enclosed terminus stations like Paddington and Kings Cross, there is already a policy of shutting down engines until they are ready to depart.

By managing the risk and understanding what produces the high-risk areas of concern, we can take action to reduce the levels to which workers are exposed to diesel fumes.

Organisations need to ask themselves some simple questions to assess the risk posed by diesel in workplaces.
These questions include:

If the answer to some, or all, of these questions is yes, then people could be at risk and it is time for organisations to take action.

This action isn’t just a case of reaching for the respiratory protective equipment. In fact, that should be the last resort. There are many other things that organisations should do before reaching that stage.

If, after these and other controls have been introduced, there is still a risk present, then organisations can turn to respiratory protective equipment. It will generally be sufficient to select a filtering facepiece (disposable) respirator for particulates. Organisations should follow regulatory or manufacturer’s guidance for selecting the correct type and ensure they do face-fit testing and offer training in how to use it properly.

For more information about managing the risk posed by diesel exhaust emissions, or other workplace carcinogens, visit notimetolose.org.uk.

Porterbrook is currently working with an exhaust manufacturer to trial a catalyst that could reduce the emissions of nitrous oxide by approximately 80% and hydrocarbon emissions by an estimated 90%.

The trial is in the early stages, but could provide an easy alternative to new engines by utilising technology from other sectors. With South Western Railway committing to a 56% reduction in carbon emissions by 2023-24 as part of its franchise, then this could be a great step forward.