by Luana Salles 4 years ago1 year ago
479views

At the end of February, suppliers from the Northern Rail Industry Leaders (NRIL) published a report in support of Transport for the North’s (TfN’s) investment plans. During its launch event, Quadrant Transport spoke to Mike Hulme, managing director of trains and modernisation at Alstom Transportation, and Justin Moss, strategic development manager at Siemens Mobility, both NRIL co-chairs, about their vision for the future

How do you envision your relationship with TfN changing as you move forward with your plan?

Justin Moss (JM): I think we’ve already built up a very good relationship with TfN. Tim Wood, Northern Powerhouse Rail director, obviously comes out of the industry [from his previous job at Amey], so we met with him quite a lot before he actually joined TfN. I hope – I believe – that it will only get stronger.

Mike Hulme (MH): It moves from trying to get alignment between the supply chain and TfN, and then once we have that alignment in creation of that commercial framework, it’s going to be about getting into workshop and delivery mode. At the moment, it’s about forming a relationship, and then we move into extracting value from that relationship.

In the report, there’s a list of companies that are already part of NRIL – but the north has around 300 companies delivering rail schemes. How can they get involved too?

JM: If they go onto our website, there’s all the details there of how to become a member at various levels.

MH: We are after companies that have a voice and can actually add value to the group itself. I don’t really want membership just to be seen as business development per se. It has to be a company that can actually contribute – and I’m sure the best part of the 300 can. That absolutely includes SMEs: at the end of the day, most of the innovation we can bring sits within that SME base. 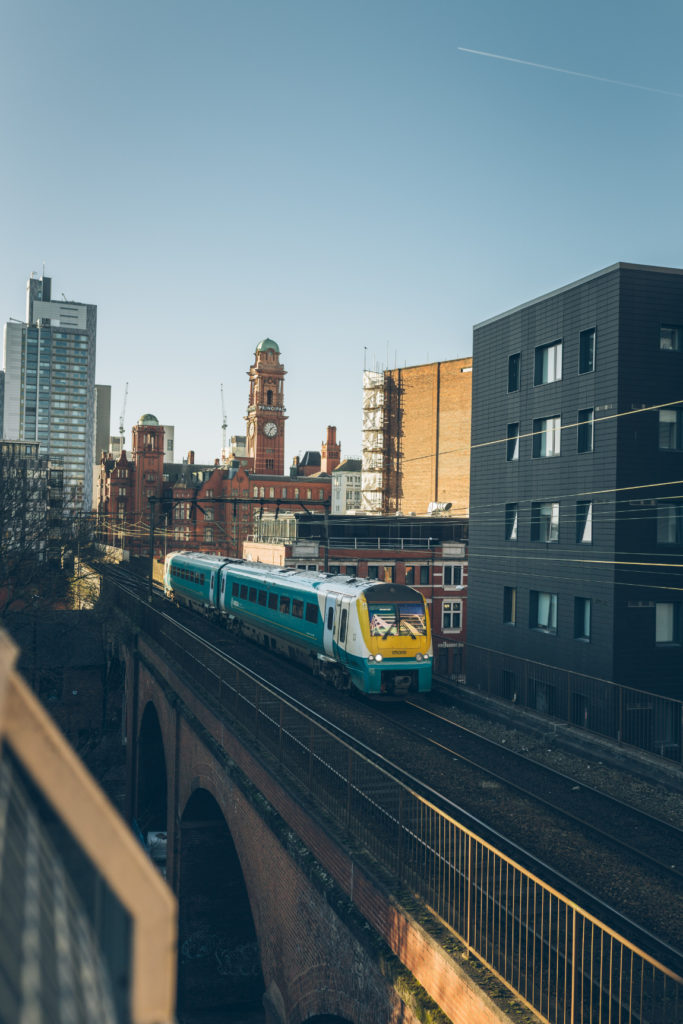 JM: And it doesn’t have to be just people in the rail industry. It can be people who want to get in it as well. If you look at digitalisation, for example, there’s going to be people that work in that sort of field who maybe haven’t got the links to rail, but who may be able to bring in good innovation.

Your report is a result of several workshops you’ve been doing where you talk to suppliers directly. How confident do they feel about investing their time and money in the north?

MH: I think it’s starting – like today, in terms of trying to form that relationship with TfN, given that they are incredibly powerful when it comes to progressing that journey. But where we need to get to is actually having a roadmap from TfN in terms of the technologies needed, whether it be digital or carbon. The long-term strategic plan and the backing from government are important, but really, we need to understand what the output is and what it means for the supply base. We need to have that engagement before other suppliers will start investing.

JM: Some of the bigger companies have already started investing and moving up north. But that’s the start of the trickle, I suppose. If this is a 30-year pipeline, it might take a few years for that to come to fruition. But by the end of it, if you have that base and that skillset and that connectivity, you will see the whole of the UK get a lot closer.

I imagine smaller companies wait on bigger ones to move up north in order to give them a boost of confidence to follow suit.

JM: Yes, although if you think about it, even though you see big companies going there – whether it’s Siemens, Alstom, Hitachi – it’s not just that one company; it’s the supply chain from that as well. There are SMEs around it. If you lose one of the largest suppliers in that area, it’s not just the large supplier that walked away – it’s the whole infrastructure of the supply chain around it.

MH: It’s also about that technical roadmap – digital and carbon. Once that becomes tangible and clear, I think that’s the time we’ll get people starting to invest, including the SMEs. At the moment, the approach is still quite top-level. It needs to get to the next level of detail, which we want to engage TfN to create. It needs to get to that next level before there will be significant investment. We’re still in the planning stage.

How can we avoid the infamous ‘funding boom and bust’ going forward?

JM: Make sure the money is there and that it keeps on staying there, and the plan for delivery is constant and long-term enough. This is a proper 30-year plan, and it needs to remain that way.

Is there anything we can do differently this time around to guarantee funding remains stable?

MH: We have to prove that if we have that long-term commitment, then as a supply base, we’ll actually invest to be able to ensure that we’ve got good, low-cost, value-for-money solutions. And, of course, that we can deliver. To me, today is partly about money, but it’s also – and probably more importantly – about delivery. If we can show that we can deliver, there’s probably more money to be gained. If we can’t, it’ll be spent elsewhere.

Moving onto procurement. The NRIL report said TfN should reward companies based on local economic impact and supply chain legacy as part of the tender criteria. What does that mean in practice?

MH: It’s about specification. The specification needs to include evaluation criteria based on value to the local economy – and then you can actually equate that in terms of number of apprentices or amount of upskilling. Or, going to the other extreme, it can be the capability to deliver. If you believe that a local supply base is more capable to deliver, I’m sure there are criteria you can include within a procurement process that alludes to that fact that it should all be local. It’s not easy, otherwise it would be done by now. But those elements around skills and local economic value have to be incorporated.

JM: It’s looking at the long-term solution of it. It’s not just a case of, ‘We want those skills to deliver that, and then disappear.’ If we have a truly transformational railway, talent would hopefully want to stay. If the whole connectivity works, that means you have more well-paid jobs, greater skills, and a better economic area.

MH: If it’s concrete infrastructure, fine – but anything that’s different to concrete, such as digital, means you need skills to build and then skills to operate and maintain. And those skills to operate and maintain have to be local by definition. Therefore, creating a local skill base when you’re building means you’re leaving a legacy. If you’re just purely importing skills, then what happens when it’s finished? That sort of criteria can be built legitimately into procurement processes to give that legacy. 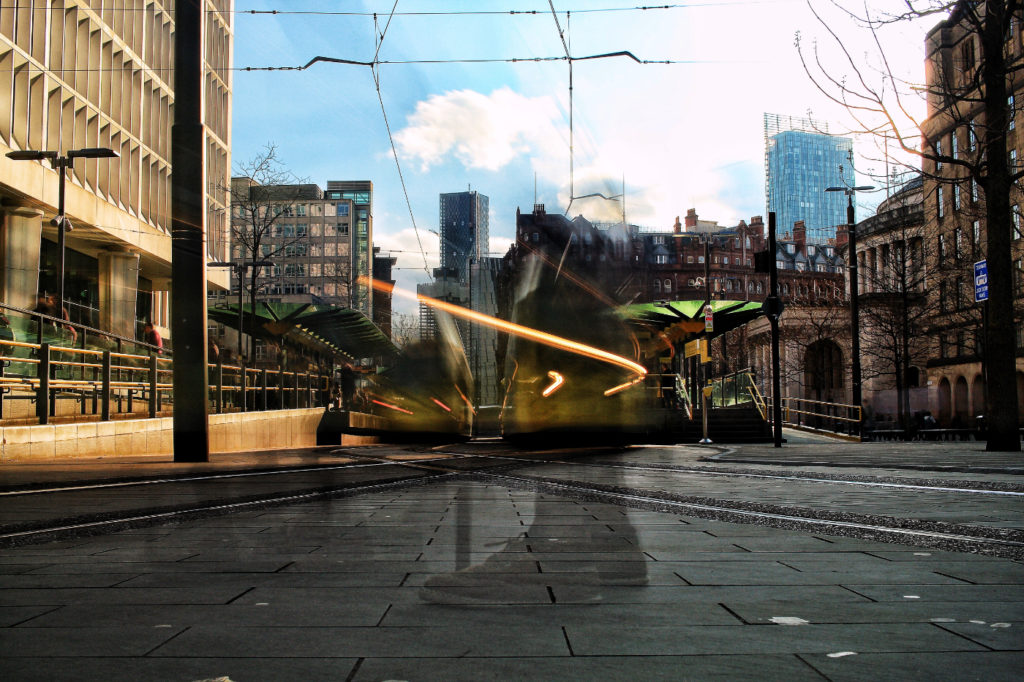 What about early contractor involvement? Are you looking at previous examples of success in that area, such as Digital Railway?

JM: That’s certainly one, but the experience I have is on upgrades on the East Coast Main Line and their pure alliance style [as part of the Rail Electrification Alliance]. It means you’re already involved from the start, working with the client, sharing the risk, and understanding what their final output is. There are some very successful examples where, by bringing innovation at the early stages and pricing around it, you can actually reduce a lot of the costs from what the overall initial plan was – because there’s other technology that may be available in the world that can be used up to the same standards we need in the UK. There is a real need for the industry to be involved in the early stages of the process rather than part-designing it and then bringing it in, because then you’ve lost a chance for some of that innovation.

MH: It’s almost that you need to have a framework solution whereby you contract on a framework basis, with the trust to be able to grow the technology between the two or more partners.

JM: Yeah. If you look at alliance models, they’re very much based around behaviours and trust. It’s uncomfortable, it’s not easy, but it is truly the right way to do it.

Are you thinking of something like the Ordsall Chord pure alliance?

JM: Something along those lines. It may not fit in with everything that TfN needs to deliver, but I think it’s certainly about building some of the bases of what the alliance is about – sharing the risks between the right people. In a lot of alliance models, you share the risks with the client, but they only work if the client really believes and wants to make it work. It’s about allocating the right risks to the right people rather than just trying to pass the risk all the way through the supply chain. As I said, it’s based on behaviour and trust.

That’s what companies are doing as part of the TransPennine Route Upgrade, isn’t it?

JM: There have been a few alliances, and it seems to be the way that Network Rail wants to work. But it’s not just about alliancing; it’s about TfN trusting the industry to help at that early contracting stage, and then trusting us to delivery later on. 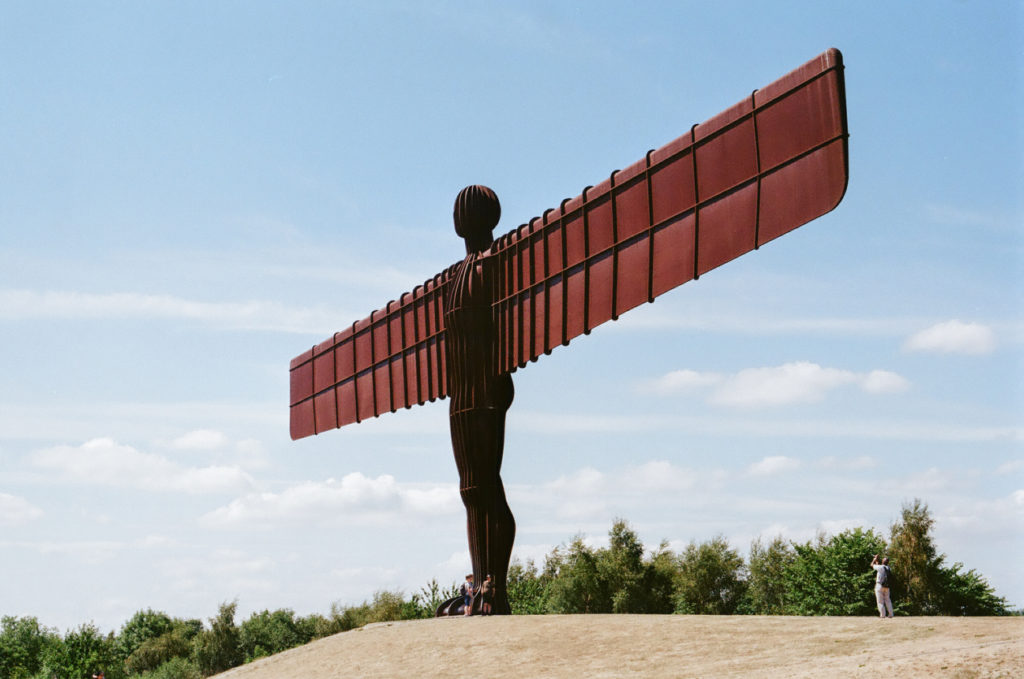 How does the alliancing model fit into procurement?

MH: I think procurement has to be based on system level as far as you can. Don’t salami-slice and try to procure individual elements of a project. The alliancing method based on a system output specification has to be the appropriate route.

Your report said NRIL is concerned that specifications for future projects are not always futureproofed due to potential technology risks and the inability of business case appraisals to consider future needs. How can this be avoided?

MH: I think it’s about trying to have specifications that are more output-based, so you’re not actually defining the technology, but rather leaving the technology choice down to the supplier. Think about digital technology in the rate of change today: if you’re actually specifying a solution and a hardware today, it’s going obsolete tomorrow. It’s about specifying the bandwidth and the output requirement as opposed to the technology itself. That’s where a lot of this rests.

JM: If you take the analogy of Apple or Microsoft, they have computers; you buy any hardware and it’ll last for a number of years, and there are constant updates. But the way digitalisation will go with big data, and certainly the way skills come out at the moment, means we don’t know what jobs will be available in 10 years’ time. It’s giving that capability and having that big data out there so that people in the future can come up with a solution – or even decide that they can do it better, bring out an app, and change it. You have a more open work base.

During CP6, what kind of opportunities are out there for suppliers to get involved?

JM: If you look at the £48bn that the government allowed for CP6, there’s £10bn set aside just for enhancement projects, which are already planned and procured – certainly for the Tier 1s. The opportunities will come during that delivery stage, depending on where they are.