by Catherine Gray 2 years ago1 year ago
728views

Last week saw another interesting event in our SPOTLIGHT: Midlands series. Quadrant Transport reviews the Crewe Hub panel discussion, which saw Atkins, Mace and SYSTRA look at the challenges of integrated delivery in terms of systems, stakeholders and programme. 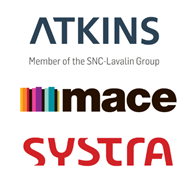 Julie Carrier, Strategic Sales Director at SYSTRA, introduced the team of speakers and kicked off the discussion by explaining how “Our industry is moving into a really exciting period. The introduction of high-speed rail on the network means that we face the prospect of designing and building some of the most complex infrastructure projects in the world.”

Implementing a high-speed network alongside conventional lines brings numerous complex interface issues to the fore. Julie told the audience: “In my mind, this is like the challenge of asking your kids to integrate a tape recorder with an iPhone. Both devices play music, but they’re poles apart in terms of technology.”

Integration is key to success

Interface and interoperability issues when mixing conventional and High-Speed services were challenges highlighted by guest speaker, Ian Chapman from Atkins who presented a comparison with the Crewe Hub scheme.

Ian concluded that “Integration is not just about systems, it is also the integration of stakeholders, programme and operational requirements that need to be brought together and having an empowered partner responsible for integration is a model that provides the scheme with the best chance of success.”

In my mind, this is like the challenge of asking your kids to integrate a tape recorder with an iPhone. Both devices play music, but they’re poles apart in terms of technology

Reference to the role of design integrator and a ‘one team’ approach was also raised during the Q&A by a member of the audience. The panel was asked for their opinion on the need for a project integrator following the release of the ACE Report on Project Speed & the Rail Sector; a need that the panel agreed was well worth considering.

John McSheen from Atkins went on to illustrate that, whatever the delivery model, there would always be a high level of scrutiny around the best way to deal with complex interfaces, stakeholder requirements and integration between Phase 2a and Phase 2b of HS2.

He reflected on his time in the Middle East and the benefits of a Central Planning team for managing, prioritizing and integrating major, complex programmes, which de-risked the multi-billion pound Infrastructure Programme for the 2022 FIFA World Cup.  Having a single guiding mind and central ownership of an integrated master delivery programme driving a genuinely collaborative approach contributed to the success.

Sebastien Vecchiato from SYSTRA provided the audience with an informed view of the integration of high-speed services on a conventional network based on his time working on the Tours-Bordeaux HSL project in France.

A slide featuring the south junction of this project was presented to the audience to illustrate clear similarities with the network configuration around Crewe after HS2 phase 2a commissioning. The design and build of the new high-speed line was the responsibility of a joint-venture through a PPP contract, and the enhancement of the conventional network was the responsibility of SNCF.

Success was achieved by agreeing and respecting common strategic and operational goals between SNCF and the PPP team, based on project objectives. They established a PPP-SNCF common task force to consider factors such as track geometry, operating speed, signalling block, catenary power supply, etc., that met both high-speed and conventional rail requirements.

Sean Gray from Mace reinforced the message that collaboration was pivotal to success. Sean commented that to take a truly integrated approach to delivery, we need to look beyond the pure delivery of the infrastructure asset and consider the wider impacts and influences.

“I think what’s really important to make clear is that people – be that customers or communities – need to have their requirements considered from the very outset.” Sean talked about the importance of social value, economic growth and environmental sustainability, and how Mace is integrating these as ‘business as usual’ on a number of major infrastructure projects to achieve long-term positive outcomes.

This provoked several questions about the wider economic benefits for Crewe from industry professionals and interested locals.

With these final statements, a highly enjoyable SPOTLIGHT event came to a close with the conclusion that “in the era of ‘build, build, build’ and Project Speed, we need to be crystal clear that the infrastructure schemes we are prioritising are not just shovel ready, but shovel worthy.”